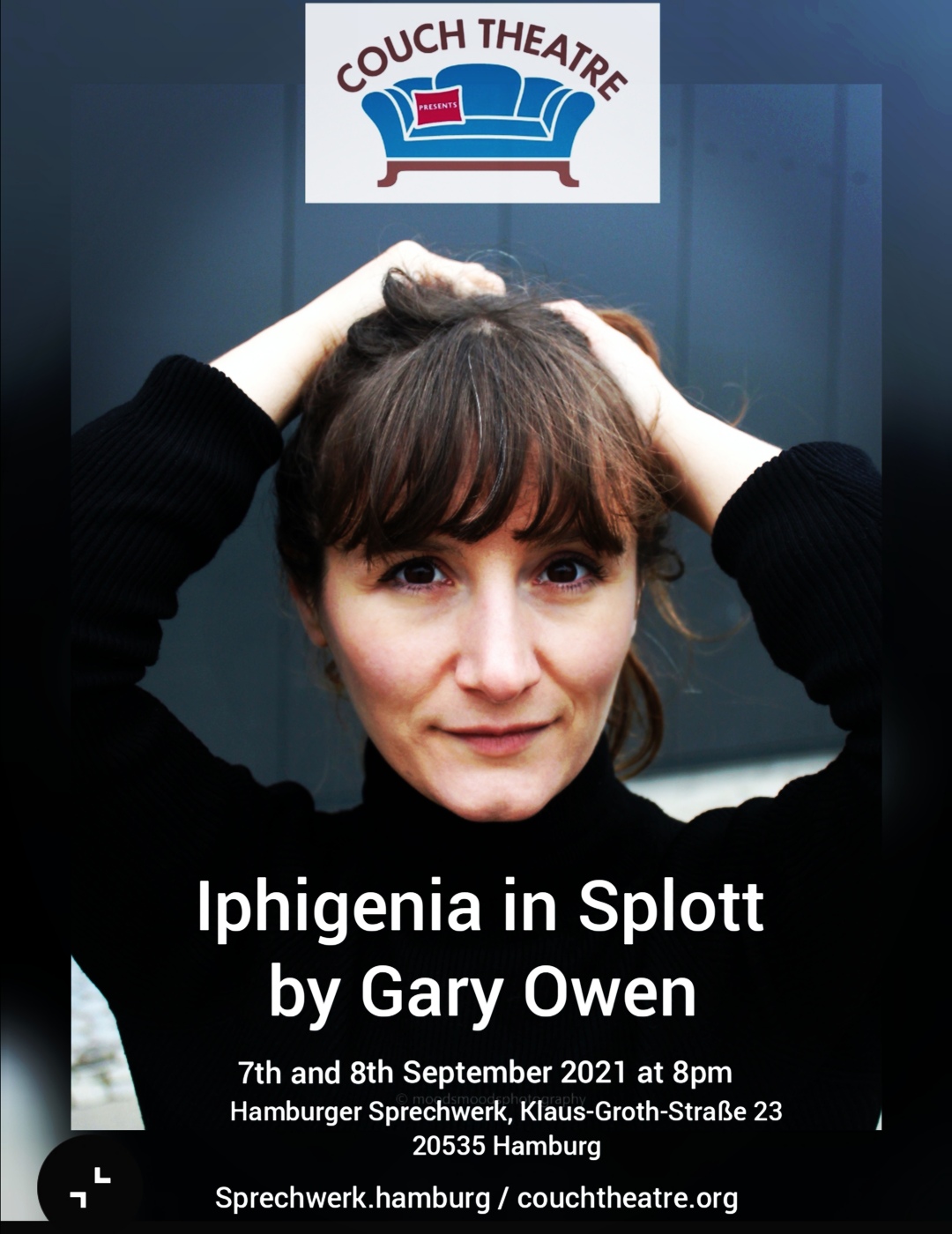 For our first play (up until now we’ve performed readings and staged readings) we present a one-woman monologue entitled Iphigenia in Splott.

The play was first produced for Sherman Theatre in Cardiff and moved to the National Theatre in London. It won ‘Best New Play’ at the UK Theatre Awards in 2015.

Effie, if you met her on the street, is the kind of girl you avoid eye contact with. Her life a mixture of drugs, alcohol and drama. She will give you the finger without a batting an eyelid. But like so many let down by the UK government and society in general, she has no voice and no one to speak for her. However, our Greek heroine, via a poor Cardiff suburb, finally decides to rage…and rage…in Gary Owen’s tense, heartbreaking yet witty monologue, which in itself almost becomes a call for revolt.

In Greek mythology, Iphigenia was Agamemnon’s daughter, sacrificed to ensure a fair wind to Troy and to further the ambitions of men. Who, we must ask ourselves, in today’s society are continually being sacrificed in order for others to pursue the insatiable desire for growth and profit?

Performance time: 75 minutes with no interval

This site uses Akismet to reduce spam. Learn how your comment data is processed.